The Future Of Cars 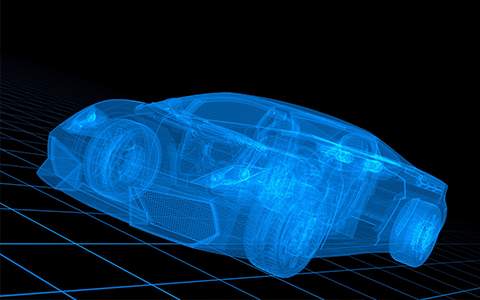 According to car makers, a drastic change is going to happen with the future of cars by 2025. It is assumed that the production of electric or semi-electric cars will stop by the end of this century. Unlike traditional cars, new cars will have incredible features which consumers could not fathom. They are focusing on self-driven cars and electric batteries instead of an internal combustion engine. The four major car makers put some light on the technology used in future cars in Canada.

According to President General Motors Canada, we will manufacture 20 new electric vehicles by 2023 and aim to have one million electric GM vehicles on the road by 2025. They are also working on manufacturing hydrogen-powered vehicles. The company has introduced its Silent Utility Rover Universal Superstructure (SURUS) concept which is a truck that cannot detect easily on the battlefield. The US army is interested in getting such technology.

As per GM Motors, they are not going to make an army car but a car with advanced technology which is neither based on hydrogen fuel but will have zero emission.

The vice-President Toyota Canada said they are working on manufacturing a car that will use glass as a display unit. Their future cars will have inbuilt self-driven technology but of course, they are not ignoring the dangers and difficulties in running self-driven cars on mixed roads.

President Mercedes-Benz Canada said they are focusing on manufacturing cars with CASE technology which is Connected, Autonomous, Shared, and Electric. Their future car will understand the driver’s behavior and interpret his needs and then automatically and adapt according to drivers mood. For example, it will turn on the music according to the driver’s mood just by sensing it. It can automatically set the temperature inside the car so that the driver is comfortable. The interior of the car will enable you to connect with the digital world. According to the makers about twenty-five percent of cars they will sell in 2025, will be purely electric or have the option to a plug-in hybrid.

All major car makers want their car to rank first in 2025 with its incredible features. Canada has done great work in encouraging a new era of technology in cars. All future cars will equip with amazing features which you can think of or may see in a movie.

What do you think of the future of cars?

GET A FREE AUTO INSURANCE QUOTE

AT AMC INSURANCE WE SHOP FOR THE BEST RATE FOR YOU