How Are Driverless Cars Going to Impact the Insurance Industry? 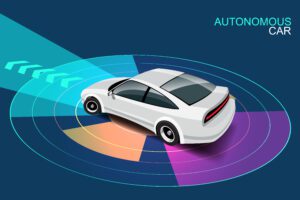 As driverless cars become more common, insurance companies must rethink their business models. The cost, infrastructure, technology, and liability coverage must be considered. While there are various ways to approach this, one idea is to use “usage-based” insurance. This approach relies on data collected from an electronic device installed in the vehicle. However, this form of insurance is unlikely to be popular with consumers.

There is no doubt that driverless cars will bring many benefits, including convenience for vehicle owners, decreased costs for commercial vehicles, and safer roads. But one unsolved problem is how to insure them. If computer algorithms drive the vehicles, a driver may not need insurance, and liability for accidents could be shifted from the vehicle’s owner to the manufacturer.

For now, automakers are likely to accept some liability for the cost of developing autonomous car technology, but the cost of insurance coverage for self-driving cars may outweigh the savings from lower accident claims. Moreover, many self-driving cars require specialized repair and maintenance. This means that standard automotive repair shops will likely be unable to provide these services.

The safety features of self-driving cars should lower insurance costs. However, the high cost of replacement parts and the need for specialized technicians may raise premiums. More data is needed to better determine these costs. While traditional auto insurance companies are trying to prepare for the new age of autonomous vehicles, they are also exploring the future of car insurance which might find a way to regularise the self-driving insurance cost.

Many experts believe that driverless cars will change how auto insurance is conducted. As they become more common, liability insurance policies must change to consider the new technology. Insurers must invest in proprietary research to understand how autonomous cars operate. Some companies have begun hiring for this field, including machine learning and deep learning positions. While insurance companies may be hesitant to hire for this new position, they must invest in the research and development necessary to ensure they provide the best possible customer service.

In addition to reducing liability, driverless vehicles may reduce accidents. According to a report by the Insurance Institute for Highway Safety, there will be about 3.5 million driverless vehicles on the road by 2025 and 4.5 million by 2030. This is still less than 1% of all vehicles on the road today. However, Accenture has estimated that the number of driverless cars will grow to 23 million by 2035. Trucking fleets and taxis are likely to be the early adopters. If you own a semi-autonomous vehicle and want to lower the insurance coverage of self-driving cars

Although driverless cars may reduce the frequency of accidents, they still present a risk of human error, and insurers must adjust to these new vehicles. In addition, it will be difficult to prove fault in accidents caused by autonomous cars. But if autonomous cars are implemented as planned, they should significantly lower total liability costs and improve road safety. Still, self-driving car insurance costs must be important depending on several factors, such as the vehicle’s safety, connectivity, road type, etc.

As driverless cars begin to hit the road, insurance companies will need to invest in new proprietary research to understand their risks. Increasing their data availability could also help them assess the risk of policyholders and reduce fraudulent claims. This could lead to an end to crash-for-cash schemes.

As self-driving cars become more common, their impact on the auto insurance industry may be greater than initially thought. While these vehicles make better decisions than humans, there will be glitches. In the end, auto insurance will continue to be needed to cover the costs of repairs and replacements. Though autonomous vehicles have hit the road, insurance coverage for self-driving cars has not developed.

Insurance companies are already exploring how they can offer driverless car insurance policies, including limitations and exclusions. Some companies have even introduced policies tailored to meet the needs of autonomous vehicles. Tesla bundles QBE insurance with its driverless cars in Asia and Australia. Other car makers have already launched insurance coverage for self-driving cars. For example, General Motors offers OnStar Insurance, while Tesla and Rivian have auto insurance plans. These insurers base their rates on a driver’s safety score and can save the driver up to 40% of their insurance policy.

But liability coverage for driverless cars may complicate matters. Insurers will have to adjust their policies as the vehicles get more complex since the drivers will be switching between autonomous and traditional driving modes. In addition to a lower cost, insurers may need to raise policy limits and increase premiums, which is problematic for consumers.

There is no denying the fact that driverless cars are going to dominate the future, and therefore the auto insurance industry might be looking into a reform where liability might need to be shifted from the drivers to the manufacturers and owners.

READY TO START? LET'S GET A QUOTE

GET A FREE QUOTE

Our Vancouver Branch Will Be Moving To a New Location on February 1st! at 593 W 57th Ave, Vancouver, BC V6P 1R8

Got it!
X
Call Now